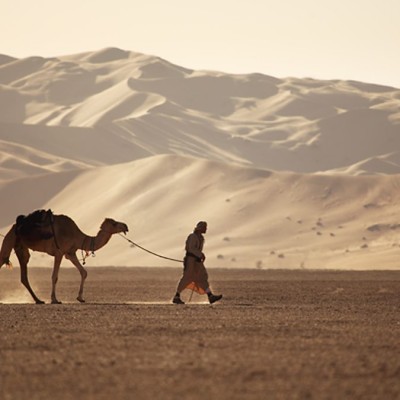 You will visit Ar Rub Al Khali, in Salalah (Dhofar) most remarkable and popular site with its unspoiled and magical sand dunes. you will take an unforgettable memory to share with your family and friends back home. 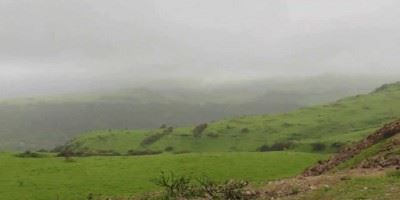 Thumrait which is famous as Bedouin settlement Thumrait is a small town in southern Oman on the main road between Dhofar and the rest of Oman. In anc.. read more 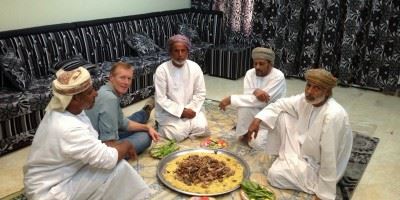 The Rub' al Khali ‎"Empty Quarter") is the largest contiguous sand desert in the world, encompassing most of the southern third of the Arabian Penin.. read more

First, we will have a small break in Thumrait town; it is famous with its beautiful Bedouin settlement.

Then we will continue towards the west on the graded road crossing the large majestic Al Nejd’s gravel desert until we arrive in the sand desert in Al Hashman, where you can see the sand dunes clearly and more spectacular, our professional driver will drive through hills in the most exciting and thrilling manner to let you experience an example of driving with force in the majestic sands which is known popularly as Dune Bashing in the great Rub AL Khali, have great fun with the exciting and thrilling tactics of driving in the sand of the Arabian Desert, Enjoy watching sunset behind the sand dunes before reaching the campsite, you also can ride a camel there, traditional dates and Arabian Coffee will be served at the camp and then a delicious B.B.Q, dinner, and Shisha (the Arabic water pipe) will be served.

After the next day’s served breakfast at the camp, we will continue to Ubar the Lost City (UNESCO World Heritage site), This ancient legendary kingdom was considered to have existed in one of the most inhospitable places on the earth forbidding desert of Rub Al Khali, it is also known as the Empty Quarter.

The myth said that the desert has swallowed Ubar city up, according to the myth Ubar has disappeared without a trace, such as Atlantis but in the sand, it was buried under the sands, and it was spotted by only satellite.

On our way back to Salalah we will pass by Wadi Dawka (UNESCO World Heritage site) it is also known as the valley of Frankincense, which is known for its big collection of Frankincense trees which are naturally grown in the region. 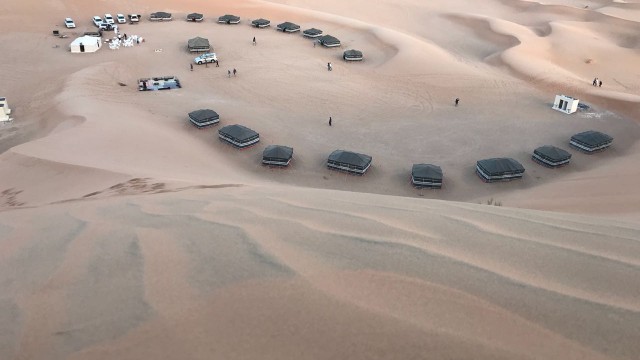 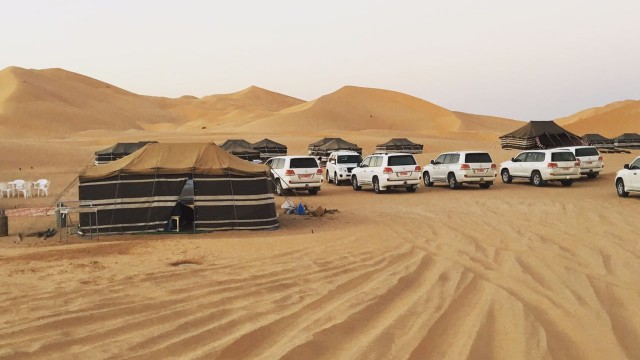 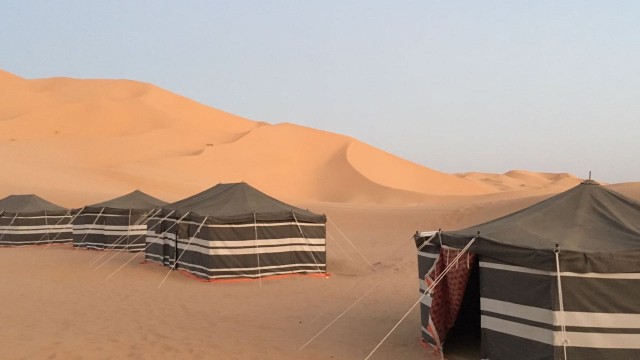 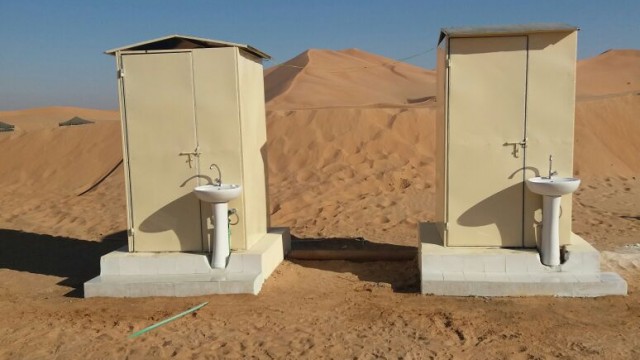 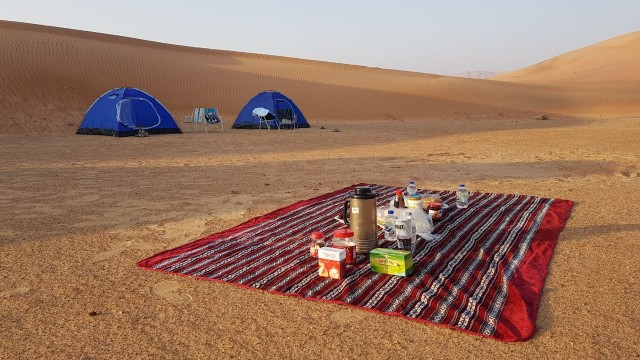 Derbat Salalah, one Of Oman beautiful places and the Largest Sinkhole in th..

Empty Quarter or “Rub Al Khali Desert ” as it's pronounced in Arabic ..